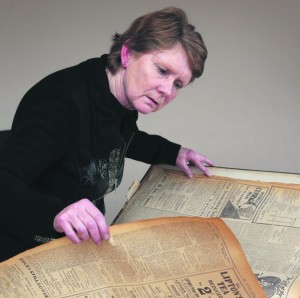 WHEN you see something you like in a jeweller’s window, you don’t just reach your hand in and grab it, do you? No, you know you can’t have it, so you just look at it, admire it, and move on.

That little metaphor has proved one of the more durable memories of what passed for sex education in the 1980s in Tuam, Co Galway. It lingers as much for its sheer opacity as anything else: what exactly were the jewels supposed to represent? Is anyone else suppressing a schoolgirlish giggle?

There are better-known examples. When dancing with a boy, leave space for the holy spirit to pass between you. And if you’re obliged to sit on a boy’s lap on the bus – for want of a seat, obviously, not for want of anything sinful – always put a sheet of newspaper down first.

Nowadays we look back and laugh at all this, wondering how any of us escaped it with even a relatively sane attitude to sex and relationships (and occasionally secretly worrying that perhaps we didn’t).

Then we remember that it was this same culture that punished women for the iniquity of having sex outside marriage, by ostracising them, incarcerating them and taking their babies away from them.

It was this same culture that decreed the sins of the mothers should be visited on the children, even going as far as a gross dereliction of the most basic duty – that of keeping a child alive.

It was this same culture, too, that bundled young girls, barely out of puberty, into convents – and often not because they showed any aptitude for monastic life, but because no other economic purpose could be found for them. There they might spend the rest of their lives suppressing their own native instincts to fall in love, to mate, to raise children and grandchildren. And if some of them lost their minds under the burden, who cared? They were locked away already. They couldn’t do anyone any harm – anyone except other people’s children, that is.

Our family moved to Tuam in the 1970s, around ten years after the closure of the Bon Secours Mother and Baby Home, where 796 children died between 1925 and 1961.

Locals remembered the Home children, and described them trooping down the Dublin Road to school together. The particulars of these luckless children’s lives were not known, or at any rate not discussed. What people remembered was the pity.

I can’t answer for what a rural education at the hands of a religious order was like in the 1930s, 40s and 50s, when the Home babies were going to school. But in the 1970s and 1980s it was anachronistic.

We were taught everything by nuns – not just home economics, languages and catechism, but secular subjects such as science, mathematics, history and of course sex education.

The blueprint for Catholic education had been written by Pope Pius XI in 1929. “Far too common is the error of those who, with dangerous assurance and under an ugly term, propagate a so-called sex-education,” he wrote.

When historians of the future ponder the narrative of 20th century Ireland, they’ll be thinking a lot about sex. It dominated the religious, social, political and even psychological landscape – our social mores, our laws, our relationships, our mental health, our attitude to children. For so long we’ve had the name of being a nation made twisted and sour by repressed sexuality that you could say sex has, perversely enough, ruined our reputation.

For various reasons – and we’ve been debating the reasons for decades – Ireland maintained a strictly ascetic Catholic line on human sexuality for years after other nations dropped it. Sex was for procreation, and procreation was for marriage. Outside those parameters sex was the original sin, and an omnipresent and omnipotent evil.

But it was really only an evil for women. If a woman broke the rules, she was cruelly punished; if a man broke the rules, he somehow disappeared. There isn’t a trace of a man in the stories of the Magdalene laundries and the various Mother and Baby homes around the country.

And even if a woman did all the right things – cajoled a fellow to the altar and did her conjugal duty by him (taking care not to enjoy it obviously) – she still had to be ‘churched’ after giving birth.

Combine those Jansenist attitudes with our distinctive historical demographics, and you get a very unwholesome picture. In 1926, as Diarmaid Ferriter reveals in his book ‘Occasions of Sin’, 72% of men aged 25-43 were unmarried, and 53% of women. In 1966, meanwhile, we had both the lowest marriage rate and the highest marital fertility rate in Europe. That’s an awful lot of apparent celibacy, and an awful lot of babies. Either no sex, or sex without family planning – just as the church wanted it.

And yet as we now know, some of the people promulgating all this shame about sex were themselves engaging in the most shameful sexual practices against children.

And how many of the pregnancies among ‘inmates’ of these institutions were the result of abuse or even incest? Could that explain the uncanny absence of men from the story? And will we have to wait another 50 years to find out?

What many people don’t fully appreciate is just how recent this all is. To anyone born after about 1980, your doddery old stories and mine about the Catholic stranglehold on society sound practically antediluvian. The rest of us, one way or another and whether we like it or not, are a product of those times.

In 2006, the government and the Crisis Pregnancy Agency commissioned the first study of Irish sexual health and relationships, which included historical figures showing just how recently attitudes changed.

Contraception didn’t become available until 1979, and then only on prescription. Homosexuality was not decriminalised until 1993. Civil partnerships, including same-sex unions, were given legal protection only in 2011.

Just by way of taking the long view, it’s worth looking at the far more liberal and inclusive society we lived in before church and state colluded in taking the whole business over.

The brehon laws were famously pragmatic on the subject of sex, allowing for as many as ten different types of relationships, even including the union of levity – to wit, the marriage of two lunatics. In none of these circumstances was there any such thing as an “illegitimate” child.

As the late Patrick C Power wrote in his brilliant little book, ‘Sex and Marriage in Ancient Ireland’: “All children born to a woman, no matter what the circumstances of their conception, were legislated for and their rights recognised.”

It’s hard to believe, isn’t it, that from that position of healthy establishment realism, we somehow ended up with the horrors of the 20th century, with unwanted children severed from their mothers and fathers, neglected, abused and, ultimately, laid in unmarked graves?

Ireland travelled a long road to become so damaged. And we still have a long road ahead before the damage can be repaired.