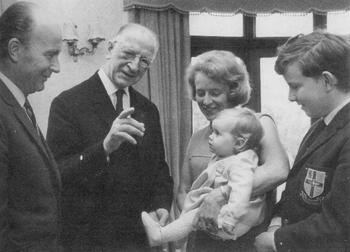 Once again there are more women than men, the latest census reveals. So things are back to normal then. For the past 30 years, there have always been more women than men, except for just that one time, in the last census five years ago, when there were more men than women. But that, like so many things that we thought of as permanent back in 2006 – job prospects, crass materialism, upward mobility, the affordable mortgage – turns out to have been an aberration.

There are now 981 males for every thousand females, the widest margin of difference recorded between the sexes here since 1946. So it’s official: we are  back in post-Emergency Ireland, in case you hadn’t noticed. Keep an eye on skirt lengths from now on.

Between that and our unfashionably high (by European standards) birth rate, Ireland is now quite the deviant from international norms, which will probably have come as no surprise to anyone either.

Globally, the sex ratio (often mistakenly referred to as the gender ratio by people who are perhaps too embarrassed to use the word ‘sex’ – hello again, 1946) is a rather sad 101 males to 100 females, an unusually poignant statistic that suggests one man in every hundred-and-one will not be able to find the woman of his dreams.

Only in the Midlands are there more males than females – or at least there were, until this latest report from the Central Statistics Office reached the Midlands this week. By late Thursday afternoon, almost as one, unattached men from Lough Gowna to the Slieve Blooms will have been packing their knapsacks and leaving in search of more favourable demography.

Interestingly, it is possible that there are even fewer males than the census would have us believe. Anecdotal evidence suggests that, all over Ireland on that night in April, you-fill-up-my-census mothers claimed on the form that their sons were still living at home, sometimes even as many as 10 or 20 years after those sons had moved away to the city and set up home with unsuitable, gold-digging women who don’t even cook not to mind iron a shirt.

At any rate, this distortion of the male-female ratio over the past 30 years has presented us with a problem. When there are more women than men, the birth rate is consequently higher. You don’t need a middling undergraduate degree in sociology from the 1980s to tell you that (though your correspondent does happen to see things from that towering intellectual vantage point; thank you for noticing).

All those girls born 30 years ago are now at the peak of their fertility and, we’re informed, are less likely to emigrate, and so are energetically producing babies here for the greater good (70,000 of them a year), so that our population is at its highest in 150 years. There are now almost 4.6 million of us – including some 100,000 people that the population forecasters in the Central Statistics Office, funnily enough, were not expecting. (How nice it would be to be one of those people, if only for the simple pleasure that might be had from catching a statistician unawares and shouting ‘Surprise!’)

Thanks to Article 16.2.2 of the Constitution (why there you are, Mr De Valera, thought we might be seeing you around here before long), we require one TD for every 30,000 people. This means the number of TDs we require is now actually in the region of 153.333 (recurring, if you like).

The principle appears to be that, if you have 153 TDs, you concomitantly have 153 robust, heterogeneous and independent political ideologies doing the rounds in Leinster House at any given time. You there in the back, what are you laughing at?

So thank you, fecund Irish females, for keeping the population so high that we have to pay so many parliamentarians a multiple of what we earn ourselves, in order to have the same few paltry ideas ventilated over and over again in the Lower House, and then ultimately reneged on.

It’s not a U-turn, said Phil Hogan; our hands our tied by the Constitution. But the list of government disappointments is now about the only thing we’ve lost count of.

Published in the Irish Mail on Sunday, 3 July 2011