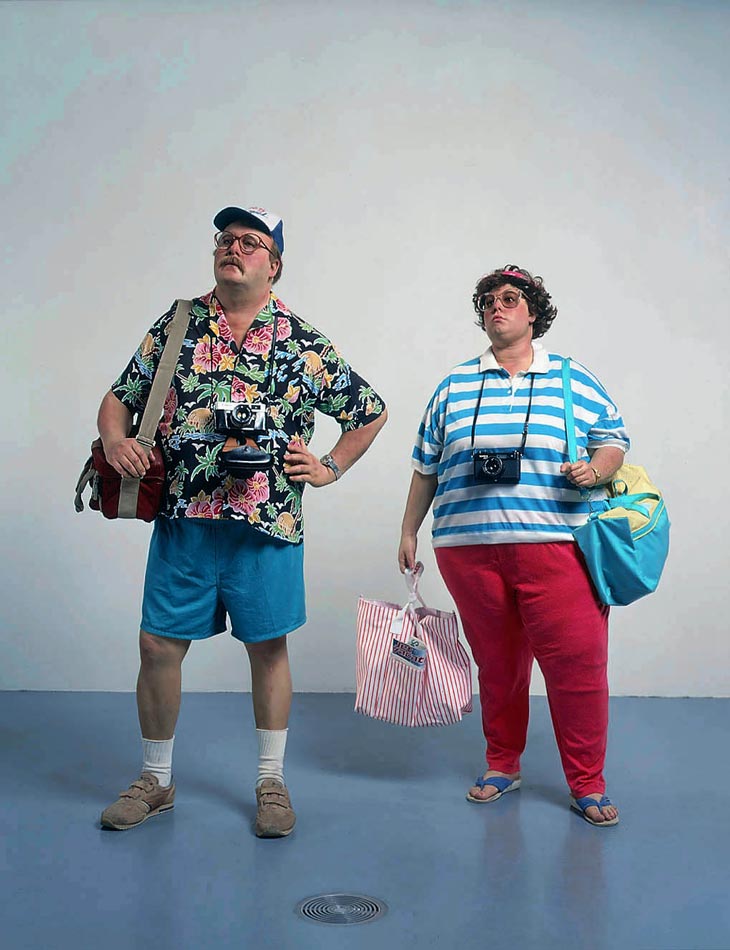 THIS despatch comes to you from the Loop Head peninsula, a wild, salty, blue-and-green retreat that time – and, until recently, people – never bothered with much. We had the place to ourselves and could spend our days unmolested, striding the windy cliffs, cooing over dolphins, getting ice-cream headaches from the freezing Atlantic, searching the rockpools for constellations of starfish, and talking amongst ourselves, about our own affairs.

Then, late last month, Loop Head was voted the Best Place to Holiday in Ireland. This news was meant to be greeted ecstatically by one and all, and not just because it sat well with the justifiable sense of civic pride we all share here. No, we are supposed to be overjoyed because it will lead to a big influx of tourists, and it’s thought that there’s nothing a rural-dweller likes better than the sight of another busload of unwary Americans lumbering past their house, making their windows rattle and flatulating diesel fumes all over their herbaceous borders.

“Tourism is the march of stupidity,” said the writer Don de Lillo. “You’re expected to be stupid. The entire mechanism of the host country is geared to travellers acting stupidly.”

Yes, it can be refreshing to see new faces in your home place, and to hope for novel conversation, but on the whole, tourists are annoying. They wear shorts in the rain. They expect to be fleeced wherever they go. They have worse road sense than a deranged border collie with a grudge against cars. They persist in filming stationary objects. Somehow they can never get the hang of manual transmission. Mistakenly, they thought it would be a good idea to cycle 50 miles in one day. And they complain about everything – the weather, the prices, the facilities, the roads – until you find yourself standing up for Ireland like an idiot, bursting lustily into a few bars of ‘Follow Me Up To Carlow’ and wishing to God they’d take you up on it (sorry, Carlow).

Then there’s the shocking amount of fossil fuels they burn up getting here, but let’s just let that bandwagon trundle past for the moment… there are too many people on it already.

Now that the farmers of the west of Ireland have been marginalised and its fishermen all but criminalised, tourism is presented as the great white hope for the rural economy. “Tourism is one of the ways we can fight depopulation and emigration,” said Green Party leader Eamon Ryan, when Loop Head’s win was announced.

It seems such an exaggerated claim, when you scrutinise it, but this is the prevailing orthodoxy. Indeed, the idea is so firmly established that rural tourism is aggressively promoted without even the need for prior consultation with those whose day-to-day lives will be affected by it. Naturally you must want more tourists. Why wouldn’t you?

Dissent is unacceptable, an embarrassment. And any opposition is especially unwelcome when it comes from a blow-in, who is not dependent for a living on the endangered regional industries of agriculture or fishing and who therefore has no right to complain.

But everyone is affected by this – not just privileged blow-ins cribbing about no longer having the beaches to themselves. Everyone is forced into compromises, whether they like it or not – farmers trying to complete their tasks while the caprices of time and weather are in their favour, commuters (yes, we have commuters) trying to get to work, parents worried about road safety and their children.

Tourists tend to begin and end their journeys in towns, whizzing dangerously past your house on their way to the next beauty spot, so they can say they ‘did’ it. If you’re not providing an amenity, you’re invisible to them.

Tourism brings congestion, litter, local price inflation, traffic, and even crime. At its worst, it leads to insensitive development, especially when you bear in mind the number of sociopaths that seem to populate county council planning departments. And because it puts an intolerable burden on infrastructure that was not built to cope with it, it can cause chronic air and water pollution.

In 2011, tourism accounted for 4.1% of tax revenue, according to Fáilte Ireland figures. For every euro spent in tourism, 24.5 cent is generated in tax. That would be a nice little earner for rural areas if the government were to spend 24.5 cents out of every rural tourist euro providing some basic services and facilities, or upgrading the infrastructure to cope with the strain that tourism places on it.

Around most of the Loop Head peninsula, the roads are wide enough for only one car, let alone two tour buses meeting grille to grille. There is no public transport. Until a few years ago, there used to be a lone bus that left on a Friday morning and, comically, didn’t return for seven days. If you left by bus, you had to plan to stay gone a week. But even that has now been cancelled.

The water comes from a group scheme which is disastrously overtaxed, annually, by the massive influx of tourists to the nearest town, Kilkee. Power cuts are a regular occurrence. There is no public sewage system. The broadband network is so inadequate – and so expensive – that teleworkers are at a serious disadvantage, and many local businesses don’t even have websites. The nearest Accident & Emergency unit is 70 miles away. You have to drive 100 miles round-trip to the cinema, or the tax office, or the NCT centre.

We have all the disadvantages you’d expect to find in a remote rural location, in other words, but now with added crowds. “You’ve got tourism now,” says the government. “What are you complaining about?”

Rural tourism is a very high-profile business, celebrated unquestioningly for its regenerative effects. But realistically, how many people can expect to benefit from it?

Of course increased tourism is good news for local tourism businesses. And of course you want the people who run those businesses to succeed. They work nightmarishly hard all summer, forgoing any chance to enjoy the area themselves at the very time when it’s at its most beautiful. Many of them continue working though the long dark months, when there’s hardly anyone about – not least because so many people have had to emigrate – and they get little reward for the hours they put in. These are not tax-dodging international business conglomerates, they’re neighbours, they’re friends.

Of course you wish them well, but you neither expect nor hope to benefit from their success yourself. You would want to be a slavish disciple of trickle-down theory to imagine that the profits from one neighbour’s prosperous B&B could lift another impoverished neighbour off the breadline.

Tourism generates low-paid employment for unskilled or low-skilled workers – not sufficient to persuade anyone that their prospects wouldn’t be better in Australia. And tourism businesses do well only during the summer. They and their employees must find some other way to supplement their living for eight or nine months of the year. It’s at best a sideline, for almost everyone involved.

And even in the unlikely event that your hardworking neighbour becomes as rich as Croesus off the back of his tourism venture, there’s nowhere for him to spend any of his money except in town. So the much-vaunted ‘multiplier effect’ takes place elsewhere, not benefiting anyone in the rural area.

Tourism is – or can be  – good for those enterprising people who stand to gain from it. Those with nothing to gain are obliged to put up and shut up while their quality of life deteriorates for what is described, questionably, as the greater good.

The solution, according to the dominant rural tourism ideology, is for as many people as possible to become – that hateful word – ‘stakeholders’. Fed up with tourism? Get in on the action yourself. That’ll sweeten it for you.

Theoretically, the barriers to entry are meant to be low. Any hard-up farm family can consider the opportunities presented by tourist bed nights, and take a few free courses so as to learn how to position their rashers and their polyester sheets in the global marketplace. And what about putting up a Wall of Death in the back acre? At least, that’s until they run into a Gordian knot of red tape to do with planning permission, environmental impact reports, Fáilte Ireland specifications, public liability insurance, health and safety standards and fire regulations.

Worse, though, that sort of mentality can transform the whole culture of an area for the worse. Rural dwellers have always tended to have a way of getting along with one another, because we have to. But with tourism, competition develops where there was none before. The inhabitants potentially become a colony of eager little capitalists with euro signs in their eyes, vying with one another to plámás the Yanks, and commodifying and “exploiting” everything they own and everything they stand for. The indigenous culture is replaced by one that is amenable to tourists, and so tourists end up destroying the very thing they’ve come to see. Think Killarney.

Loop Head is beautiful – I’m proud and happy to live here – but many other places are just as beautiful and moreso. The one thing that Loop Head has always had going for it – its one truly outstanding natural advantage – was that it was completely and utterly unspoilt by tourism…

The thing is, every last one of the people involved in the tourism industry on the Loop Head peninsula also desperately wants the area to remain as it is. Low-impact, sustainable tourism is the goal everyone shares here. But who gets to decide this? Who gets to shout stop? And when? Before it’s too late, or after?